More adventures as a family of six!

No, we're not expecting a baby, but the kids were so cute the night before Grant left when they said "Today we have six people in our family, but tomorrow we'll only have five." Grant tried to suggest they get a puppy to take his place, but Elise promptly answered, "That wouldn't be the same." 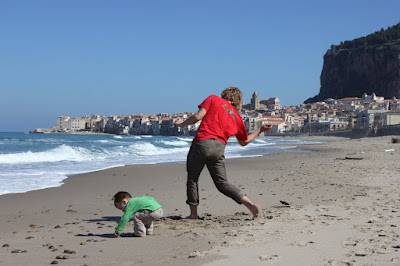 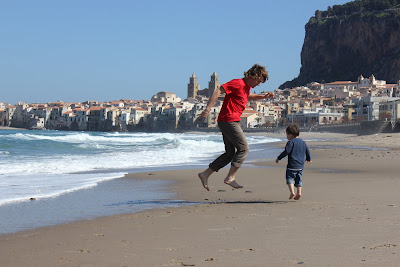 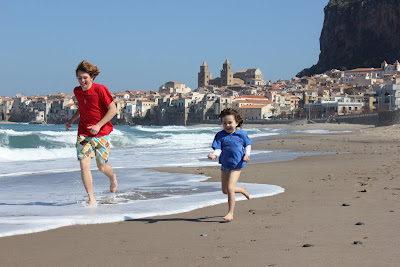 Views from the lungomare along the Tyrrhenian Sea in Cefalu. Besides my early miscalculation of thinking that I could start the day with three small children at the beach and keep them from getting soaked, we had a fantastic adventure in and around our favorite seaside city. 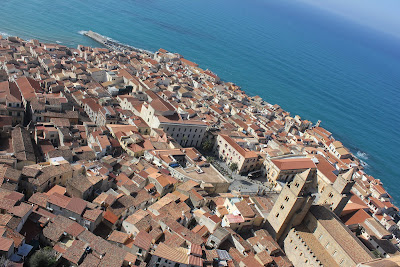 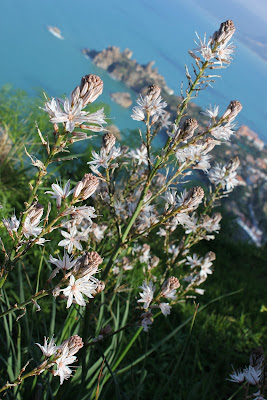 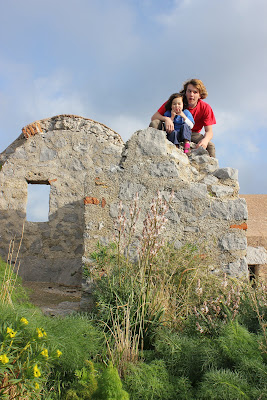 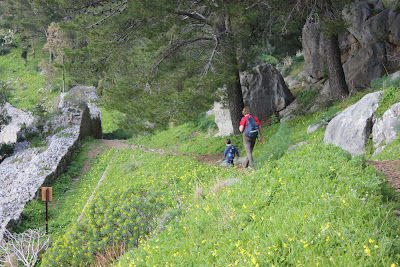 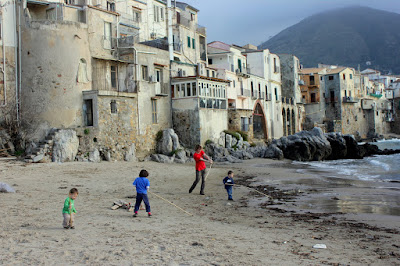 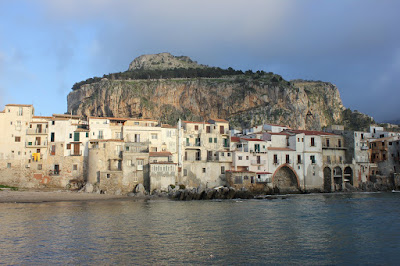 Grant and the kids and I hiked most of the way up and around La Rocca (the rock formation behind the city) It took lots of snacks and quite a bit of child carrying/wearing, but the amazing panoramic views were well worth the effort!
Posted by Josh and Rebecca Arthur at 5:17 PM