With great enthusiasm (early) on Saturday morning, the kids asked if we could go to the park to play and ride bikes.  We had nothing pressing planned so it seemed like a great idea for a sunny autumn day.  Inside the walls of the school we have recently discovered (or at least gotten the courage to enter!) a large playground with lots of free space for bike riding, too.

As we were leaving the house Caleb declared that today he was going to ride his bike without training wheels.  In no time at all he had Josh's tools out and was working on getting those pesky things off his bike.

Well...I guess he was ready because he started his independent, semi-wobbly peddling the first time Josh let go and he really never looked back.  Of course, there were some crashes, a few panicked yelps, and maybe an additional scrape or two by the end.  Still, in true Caleb fashion we got a happy running commentary nearly the whole time he pedaled around (and around and around!) the park.  ("Look at me everyone." "I'm doing it!  I'm doing it!" "It's my first time." "I'm going as fast as a lightning bolt." etc...)  Elise was a wonderful assistant coach and cheerleader and they had a great time racing, chasing, and riding together.  Next stop...wheelies (at least according to Caleb!) 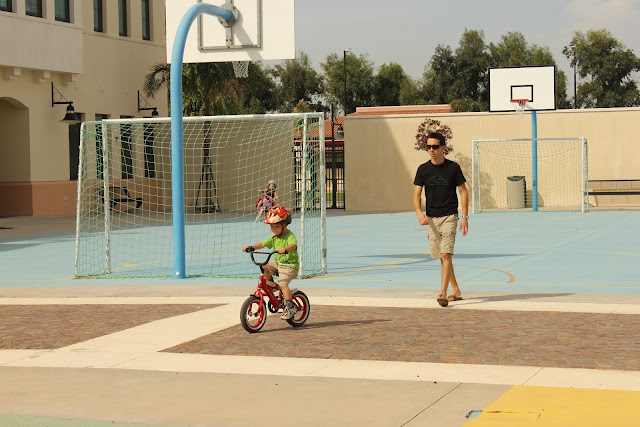 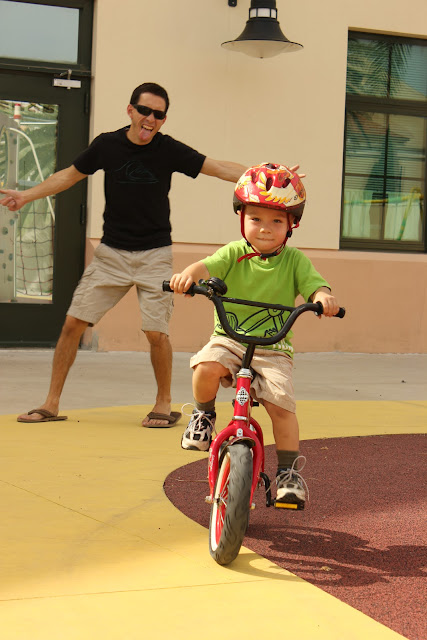 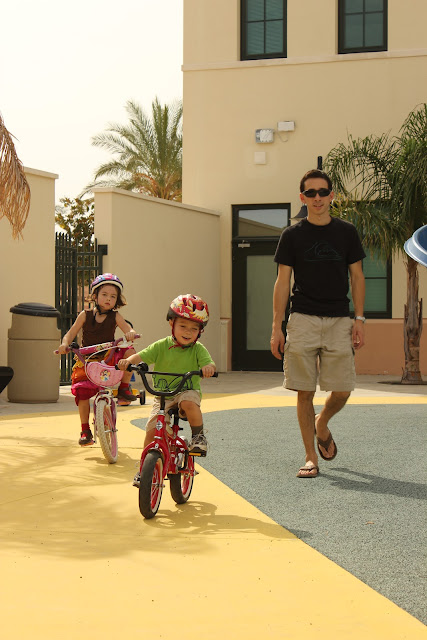 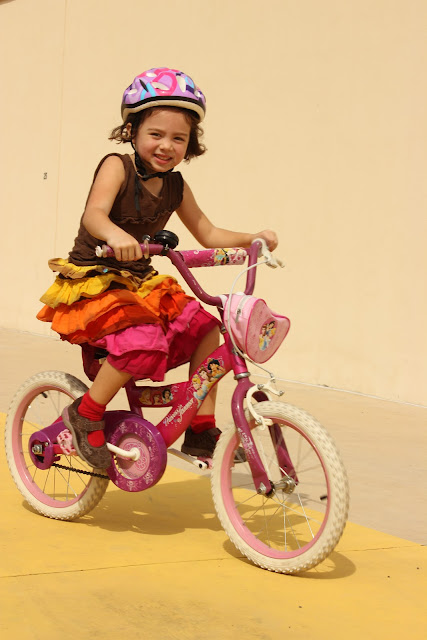 Posted by Josh and Rebecca Arthur at 5:23 AM