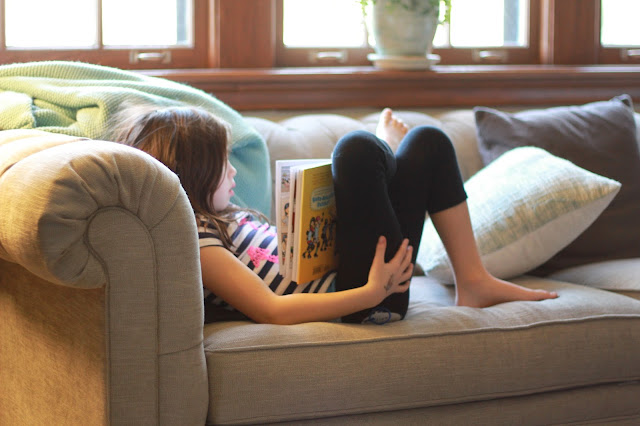 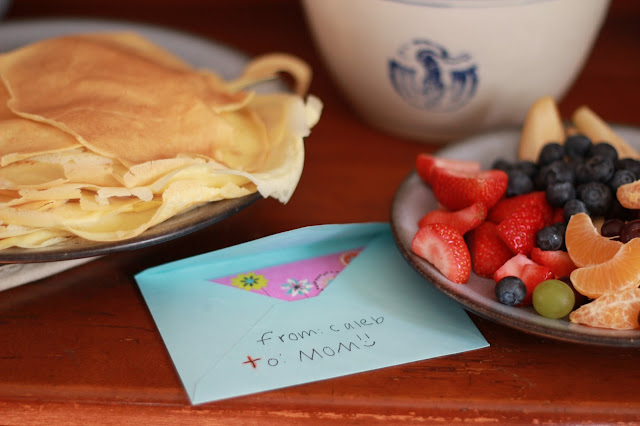 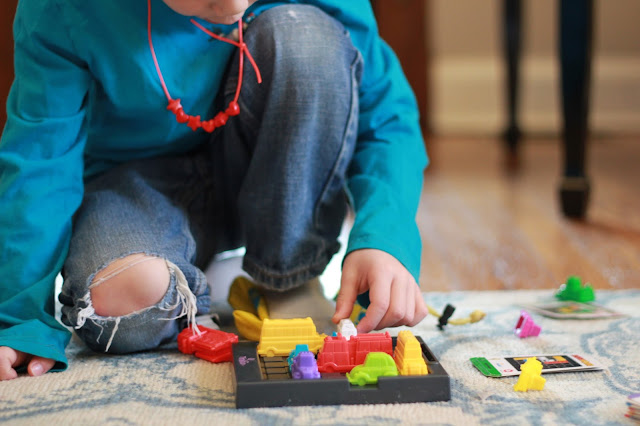 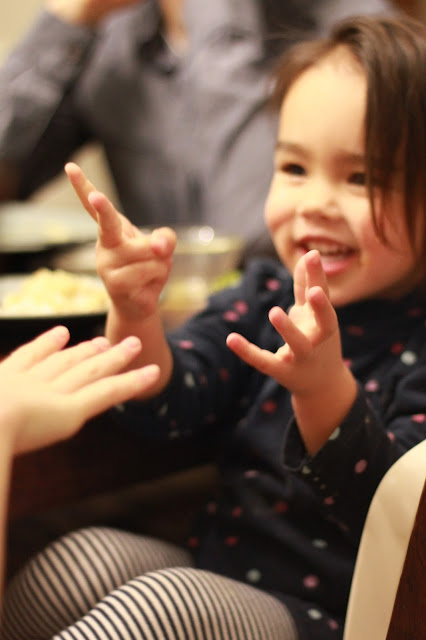 Elise:  Love finding this girl curled up with a book...all day, every day!  This week in particular, we had fun digging into all the Newbery and Caldecott finalists and winners!

Caleb:  I've really been trying to attend to the needs of this sweet boy during a fairly difficult phase in our relating to one another...sigh... On Sunday everyone was putting in their requests for brunch items and he asked for crepes. When I brought them out to serve, you would have thought I'd handed him a million dollars. He beamed, hugged me three times, and dashed off to write me a thank you note. I think we both needed that moment.

Lucas:  Our gamer! Lucas would play games all day long if he could find enough people willing to do the same.  I've been making more of an effort to play games with him each day after I put Eden down for a nap, but I also had the bright idea this week of bringing out Traffic Jam (a game/puzzle he can do on his own!)  It was the perfect timing - he totally loved it...and I folded several loads of laundry while he played!

Eden:  We've all gotten quite a chuckle over her recent zeal for playing "Rock, Paper, Scissors" - the funny thing was, that she had the hardest time getting just her two fingers out for "scissors" BUT she chose scissors every single time. Elise was the patient opponent in this particular match...thanks, Elisey!
Posted by Josh and Rebecca Arthur at 10:26 PM