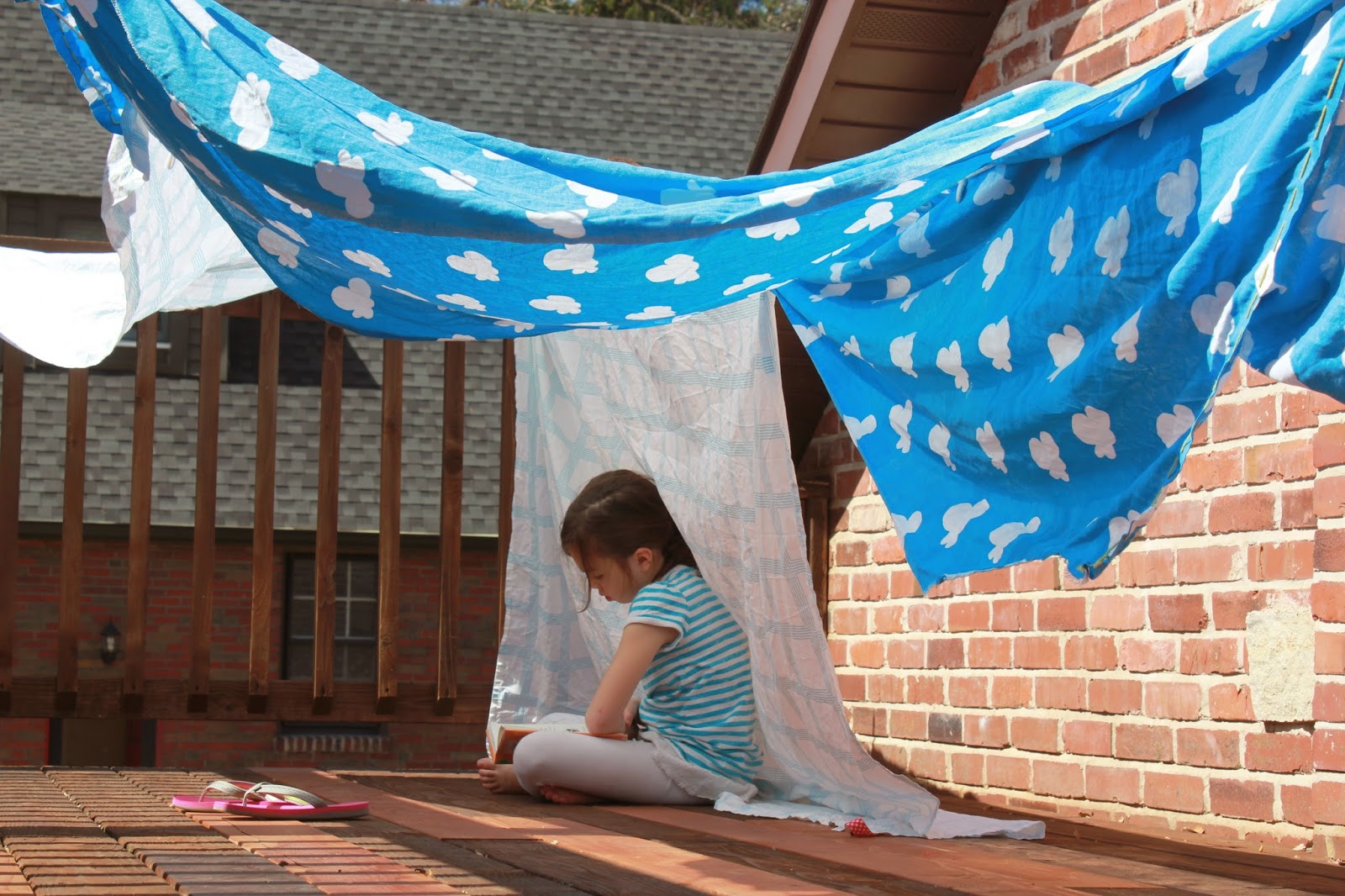 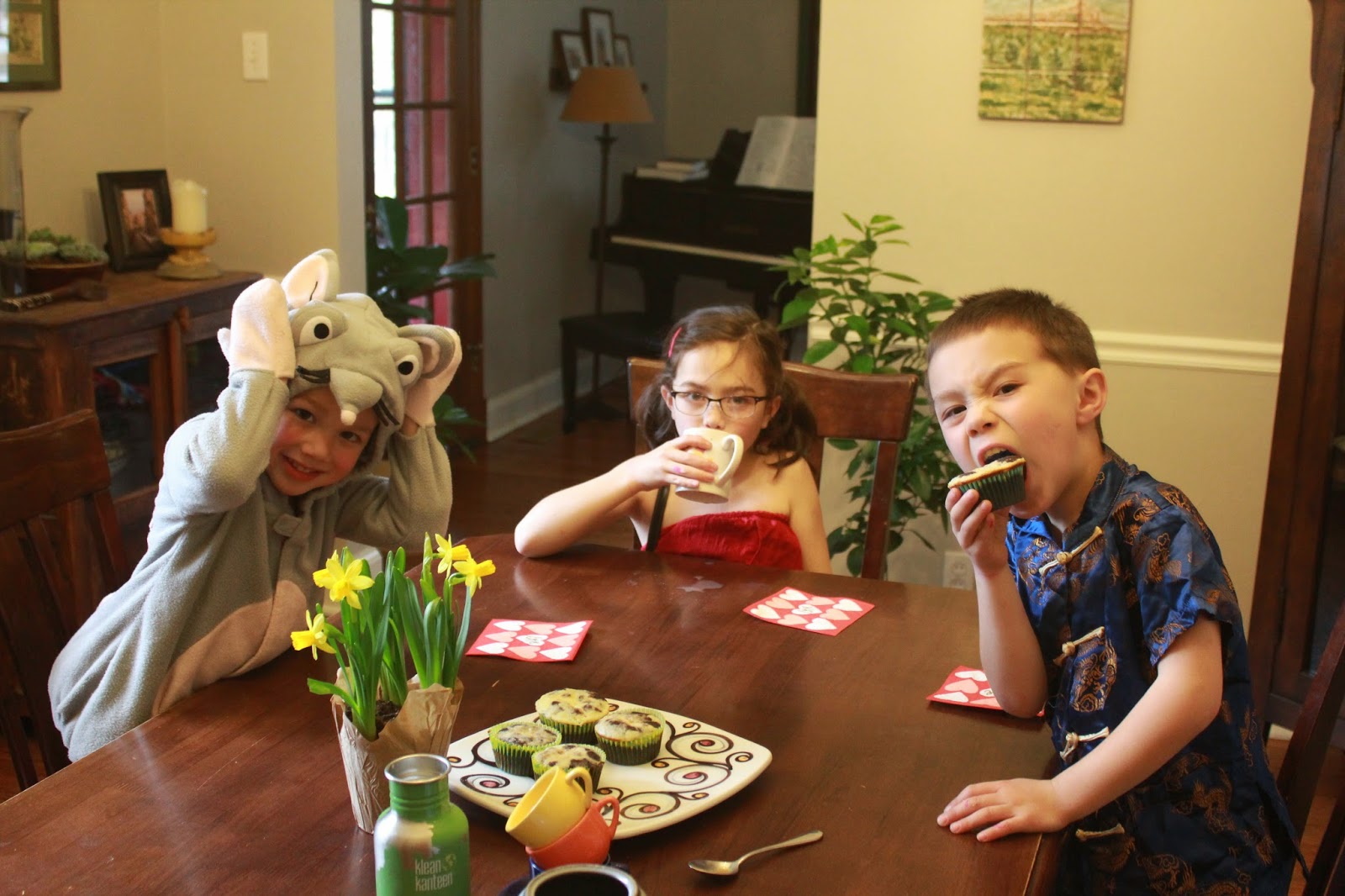 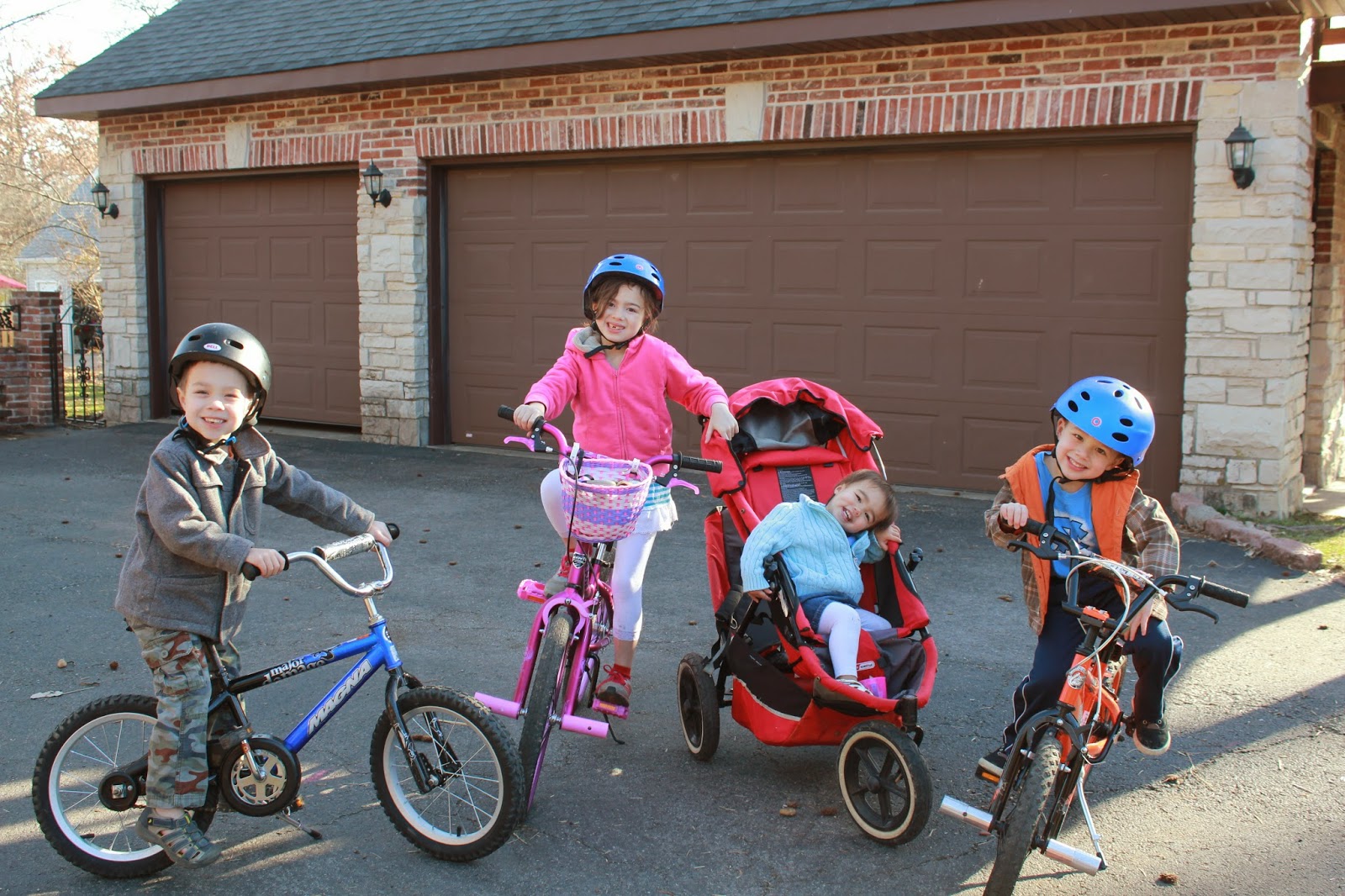 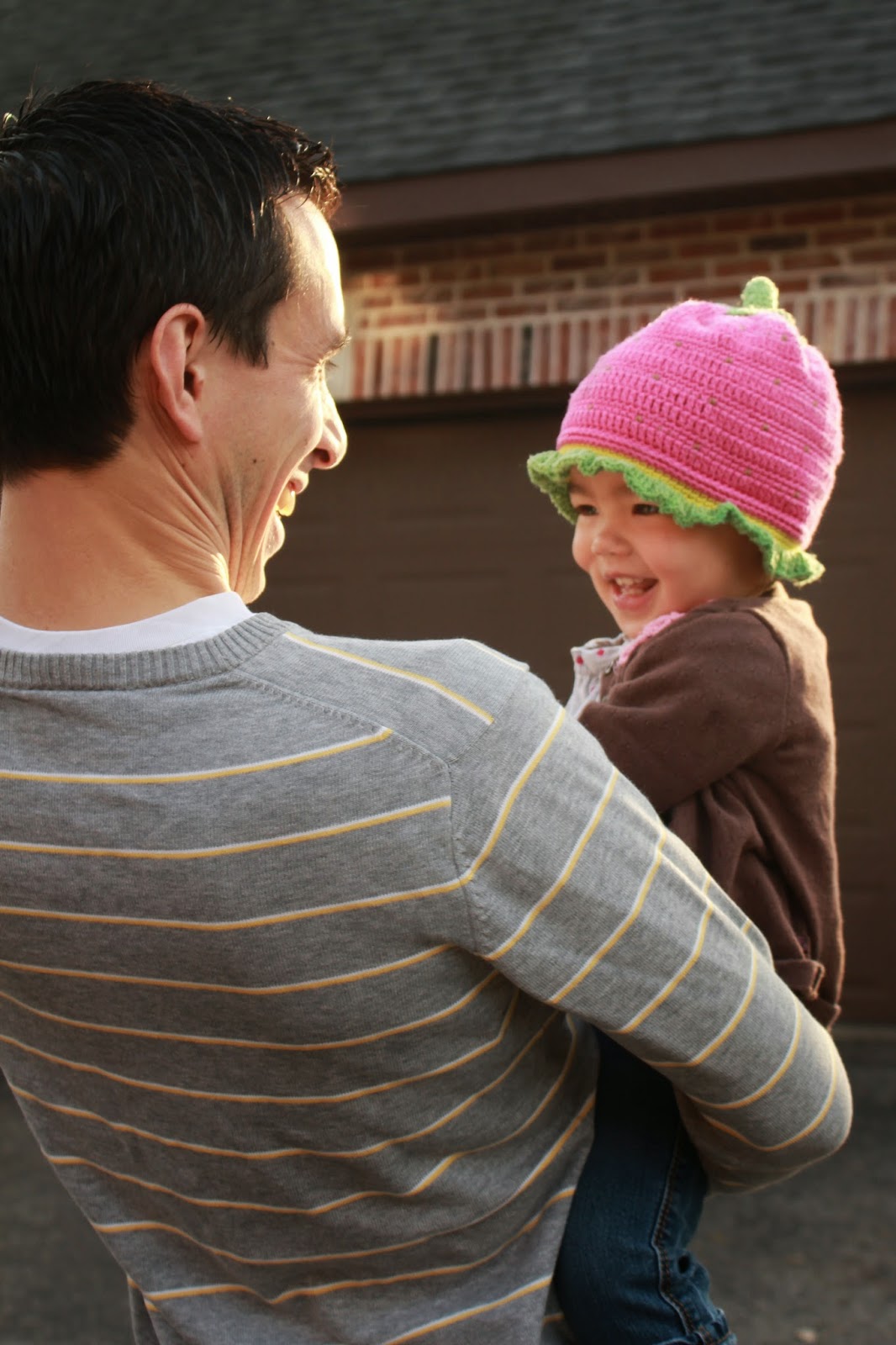 {This week was the kids' spring break at school!  Here's a peek at a few fun things we did during the week with my four amigos at home.}

Elise:  Sunny and seventy-eight degrees...made herself a tent on the porch and dug into (yet another!) Diary of a Wimpy Kid!

Caleb:  "Get Dressed Up and Have a Tea Party" said the card we drew from the "Mystery Jar"...we decided we should taste test the cupcakes we made for Josh's co-workers, too!

Lucas:  The fearless foursome is ready to ride!  We did the "Kirkwood Circuit" - which included stops at the park, library, train tracks, donut shop, and soap making store.

Eden:  Each Saturday the kids take turns going out on a Daddy Date with Josh (a wonderful tradition that began many years ago when his dad did the same thing with him and his sister)...we decided that Eden would get her chance to begin having Daddy Dates when she noticed she was missing out on something.   Well, last week was Lucas' turn and as he came around to kiss us all goodbye, Eden practically jumped out of her seat to join him.  When I got her out of her seat, she said "bye, bye" over and over again and blew us kisses and clung to Josh's leg.  It was really really sad when I scooped her up into my arms while she sobbed and called for Josh.  (Note: She recovered fairly quickly with some redirection to the play kitchen downstairs.)  All that to say..."She noticed"...and this week was her very first Daddy Date (although Josh may reconsider the offer since she ate three quarters of the cinnamon roll he bought for them to share!)
Posted by Josh and Rebecca Arthur at 10:57 PM